This past weekend, my sister-in-law graduated from college (yay!), so my hubby’s family was down here for the festivities.  My brother-in-law’s birthday is next week, so I decided to bake a Toasted Coconut Cake for him and my sister-in-law to enjoy.  I used organic, unsweetened coconut that my Aunt had given me.  I toasted the coconut which not only brings out the flavor, but also gives the cake a beautiful golden color.  I made three cakes and layered frosting in between.  This cake is awesome and definitely will make some tummies very happy.  Hope you had a wonderful weekend!  Enjoy 🙂 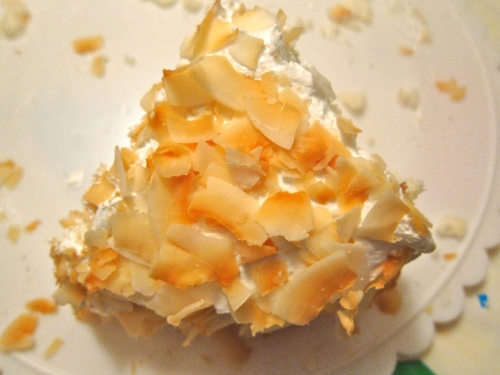